By clicking on the link you acknowledge you will be leaving this website.

By clicking on the link you acknowledge you will be leaving this website.
Blog

Results from last week’s state and local government elections have been making national news and the results will likely impact the public finance landscape through the rest of the year and even into the 2022 midterms.

The election results may have been influenced by the findings of two Gallup polls, including a presidential favorability measurement and another indicating that most Americans believe “the government is trying to do too many things.” 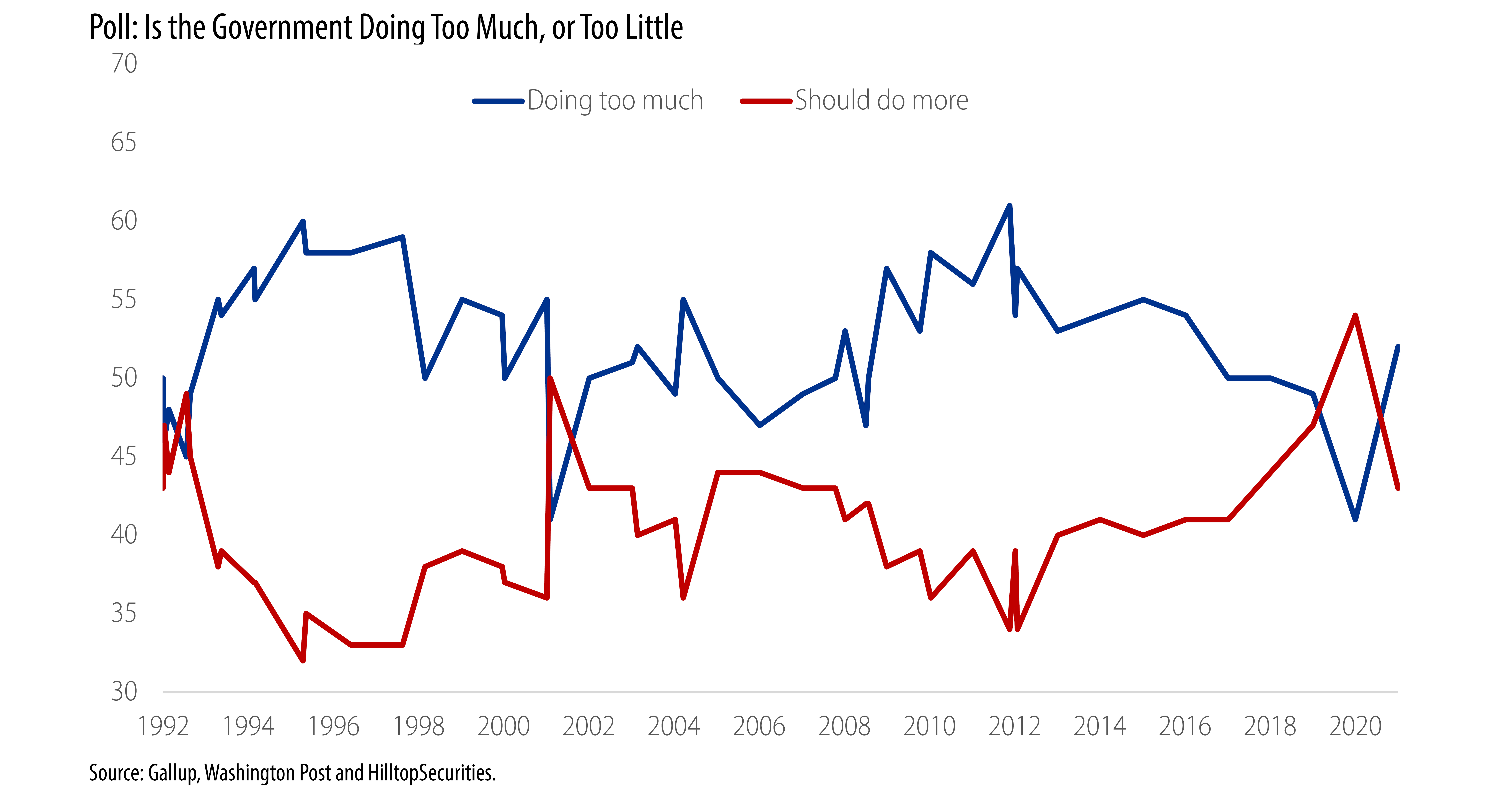 During last week’s election, voters seemed to reject more progressive measures that could have moved policy. According to HilltopSecurities’ Head of Research and Analytics Tom Kozlik, the results indicate that voters across the U.S. are not happy with the direction of the country.

Kozlik has noted that the election yielded more moderate results almost across the board.

Some of the other results could also help reshape the way municipalities in metropolitan areas pursue funding. In New York City, a former police captain was elected mayor, while a defund the police question on the ballot in Minneapolis failed. Additionally, a democratic socialist lost the Buffalo, New York, mayor’s race.

“If opinions do not change between now and the 2022 midterms, it could be meaningfully negative for Democrats,” said Kozlik.

A New Model of Work is Here to Stay, We are Closely Watching How It Evolves

Thank you for visiting the HilltopSecurities website.
For best viewing experience, we recommend using Chrome, Firefox, Safari, or Microsoft Edge.